Has Africa Day truly “womanised” Africa for the better? 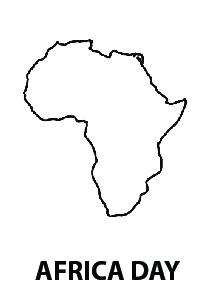 On 25 May, 1963, Africa made history with the foundation of the Organisation of African Unity (OAU) the precursor to the African Union (AU). But what is Africa Day really all about? It is generally intended to celebrate and acknowledge the successes of the AU from its inception in the fight against colonialism and apartheid and the progress that Africa has made.

A few fun facts about Africa if you are still unsure of what it really stands for:

When we look at what Africa Day stands for, the sentiment is very noble, but when we look at the current situation, it is frowned upon at how many unresolved issues and stumbling blocks we still face daily – especially when it comes to women and equality.

A continued lack of basic government services — things like water, sanitation and electricity — have led to more and more frustrations in poorer communities, and increased numbers of violent protests. Demonstrators throw rocks at cars, burn down community libraries and battle police. Women in poorer communities have little to no chance of getting out and creating a better future with proper education. Rape and abuse is still a very real and immensely disturbing issue that has not yet shown promise of decreasing numbers.

Remember in 1994, when millions of keen South Africans lined up to draw that all important cross on their ballot papers over a three-day period? In 2014 only 33.6% of born-free voters registered to have their say. The youth voter rate has declined rapidly and was even less than the 41.2% in 2012 in the United States.

Women experience far higher unemployment, they experience a far lower participation rate in the economy. Even in death, the registration of women who have died is much lower compared to the registration of dead men. That happens because there is nothing to inherit from a woman and a lot to inherit from a man. At least 32.4% of the population is living under the food poverty line, set at R305 per individual per month. Most were women. Shocking1

Corruption has been rife and Mandela’s vision of a united, non-racial, non-sexist, democratic and prosperous society is far from realised.  It is said that like all births, the birth of democracy is not without pain. Hopefully, we will soon see our beautiful country strive on the promises that were made way back in 1963…

0 responses on "Has Africa Day truly “womanised” Africa for the better?"